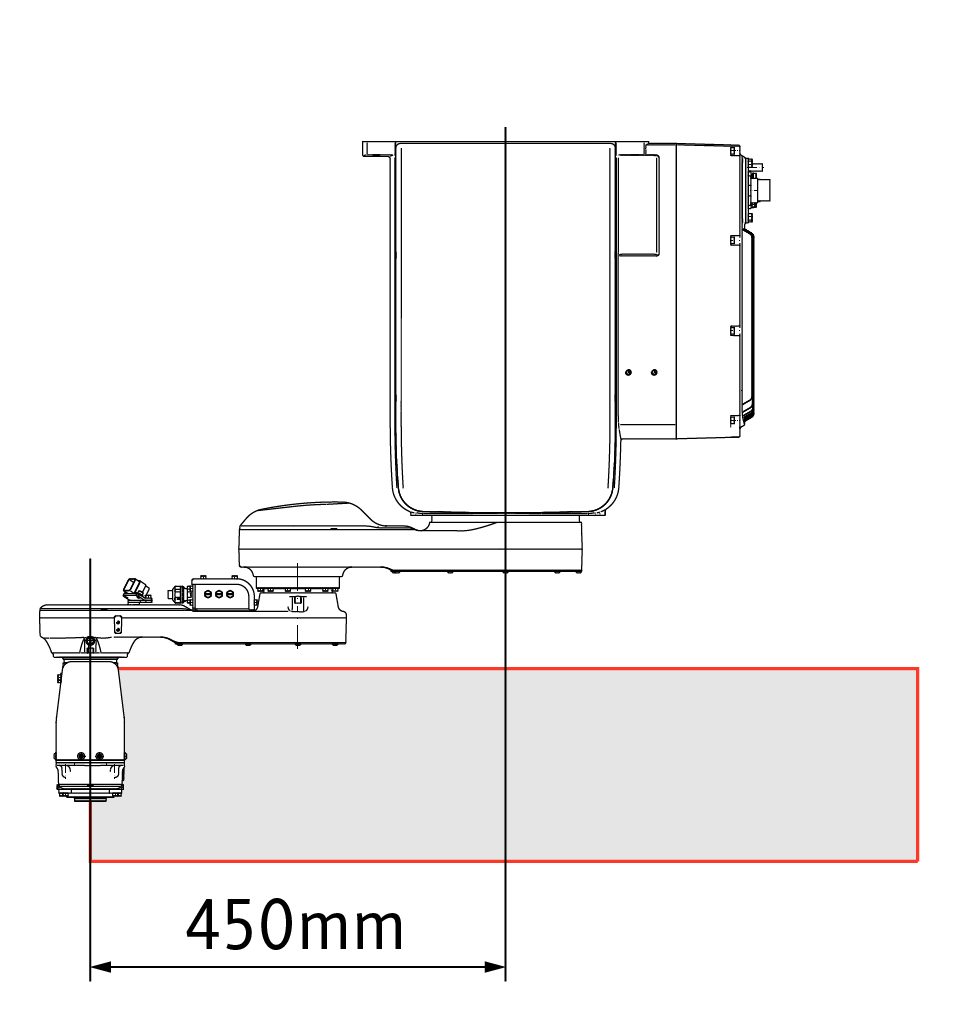 Installation of the inverted mount type provides space saving for equipment layout compared to the commonly used floor mount type SCARA.
Thanks to its slim arm, high speed operation is possible. As it has no inaccessible area, it is possible to reduce cycle time greatly by taking the shortest path.

Thanks to its slim arm, high speed operation is possible. Also inverted mounting allows the robot to travel the shortest path.

A large, 36 mm-diameter hole in the tip of the wrist.
With all wires and tubes built into the machine body, the risk of interference is reduced and reliability is improved.

Complicated operations can be performed (6-axis model:to be released in this summer)

More complicated operations such as insertion from an angle, change of orientation in an assembly process and grinding/finishing are possible.